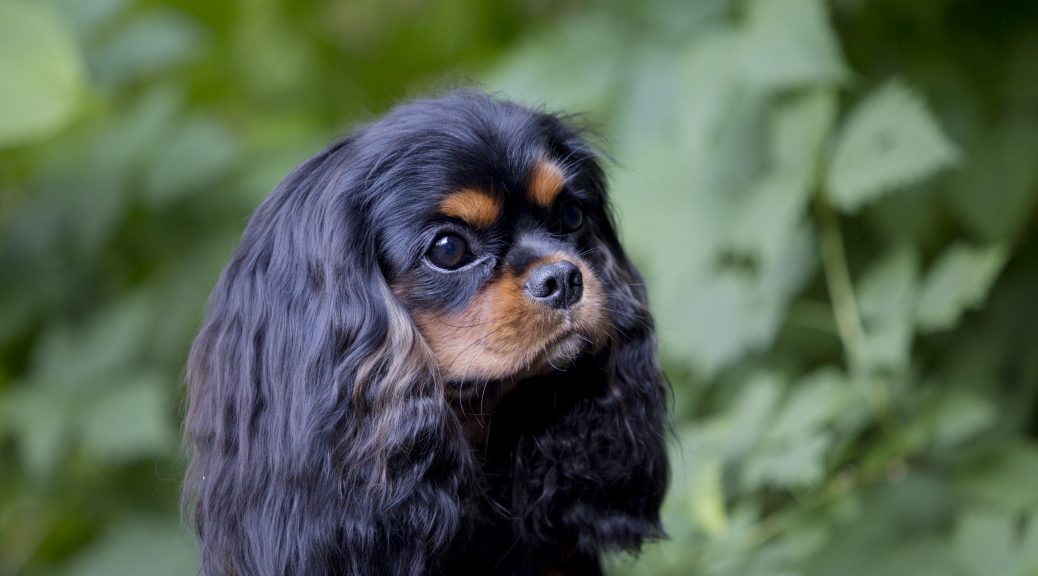 Sirius (aka.  Am GCH Can CH Lockestar ‘Cause I’m Up To No Good, FDC RATM RATNX RATO RATM CZ8S CGC CGCA CGCU TKN)

Sirius is the son of Arrow and Loki (CH Embee’s Mischief Managed) owned by Marybeth Squirrell from Embee Cavaliers in Ontario Canada.  We co-own him with Alisha from Lockestar Cavaliers and Susan Lockleer and he lives with Susan in Lynwood.

Sirius loves to show and has made us very proud.  Some of our most memorable moments have been, as a 5 month old puppy, he won Best of Variety and then a group 3 in the Whidbey Island Puppy Match.  He also won Best Puppy in Show under esteemed breeder judge Mrs. Katie Sloan at the Twin City Specialty show.  He also won Best Puppy in Show, and Best Black in Tan in show at the “Cavaliers of the West” dog show under breeders Dr Bruce and Mrs. Maryann Hogan.  My favorite memory of him has to be when he went Best of Breed and then on to a Group 4 under judge Fred Bassett.    He finished his CH title with three 4 point majors from the competitive “Bred By” Class which makes him my first Bred by CH in cavaliers.

He finished his Grand CH title at the Albany dog shows. More than showing, he has proved to be very smart, quickly gaining his Good Canine Citizen award, and then his advanced award, and then going on to get Trick titles also.   All the credit of his many extra titles goes to his co-owner Susan.  They are a formidable team together and work seamlessly together.  Sirius excels at everything he put his mind towards and thrives in the challenges he is given – in barn hunt he regularly receives the highest award of the day in his group and has quickly gained his crazy 8s silver title and then got his gold too!  Just for fun Susan decided to give his “Farm Dog title” a go, and of course he nailed that too!.

Right now they are working on their Rally titles – on Susan and Sirius’ first Rally leg, they achieved 100% in the ring – not only gaining 1st place that day, but it was their instructor’s student’s first ever perfect score!!  He has obtained his Novice Rally title.  Something tells me they are going to have some fun continuing in this sport too.

Sirius has several successful litters on the ground and a few others pending.  We can’t be prouder of what this sweet boy is producing.  He seems to be passing on his sweet outgoing temperament.  He carries the parti-gene and has produced all 4 colors in his litters.  He even had a rainbow litter of all 4 colors when bred to a ruby.   We will allow him to be used at stud for select females only that are compatible in pedigree and health testing. 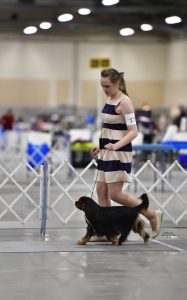 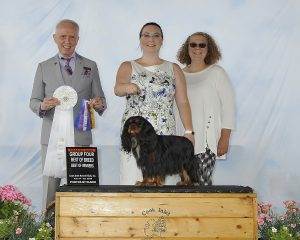 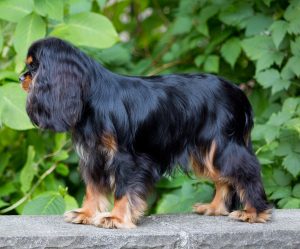 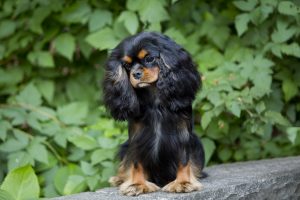 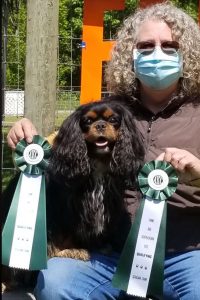