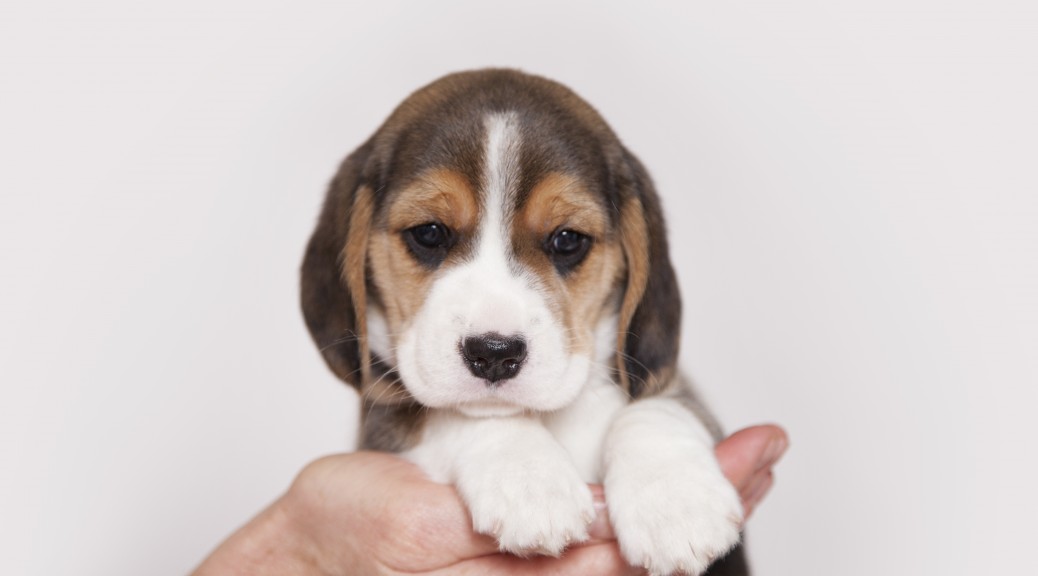 The Beagle is a small to medium-sized hound and is often compared to the much larger foxhound.

Beagles have an even temper and gentle disposition. They are described in several breed standards as “merry”, they are amiable and typically neither aggressive nor timid, although this depends on the individual.

They enjoy company and do very well with a family where someone is home most of the day, or with another dog.  Beagles are excellent with children and this is one of the reasons they have become popular family pets, ranking in the AKC top 10 most popular dogs every year.

Because of their happy nature, they make poor guard dogs, although their tendency to bark or howl when confronted with the unfamiliar makes them good watch dogs.

Pocket Beagles are sometimes advertised for sale but the variety is not recognized by any Kennel Club – buyers should be wary of buying a “pocket beagle” as their beagle might indeed be a cross between a smaller breed such as Chihuahua or Dachshund.

Beagles were originally developed for hunting hare, an activity known as “beagling”. They were seen as ideal hunting companions for the elderly who could follow on horseback without exerting themselves, for young hunters who could keep up with them on ponies.  The Beagle packs would run closely together (“so close that they might be covered with a sheet“) which was useful in a long hunt, as it prevented stray dogs from obscuring the trail. Their short thick coats made them ideal for running through the thick brush.

Beagles are intelligent but, as a result of being bred for their hunting abilities and excellent sense of smell make them seem single-minded and determined.  They can be difficult to recall once they have picked up a scent, and are easily distracted by smells around them.

Beagles may be prone to epilepsy, but this can often be controlled with medication. Hip Dysplasia, common in Foxhounds and in some larger breeds, is rarely considered a problem in Beagles, although should be tested for in OFA just incase.  Weight gain can be a problem in older or sedentary dogs, which in turn can lead to heart and joint problems.

Beagles can inherit genetic disorders.  Most notable is Factor 7 which is a disorder where the beagle has issues with blood clotting.  They can also have MLS (Musladin-Lueke Syndrome) or NCCD (Neonatal Cerebellar Cortical Degeneration)

For this reason, it is important to find a breeder who extensively health tests their dogs to minimize the chances of passing on these undesired traits.