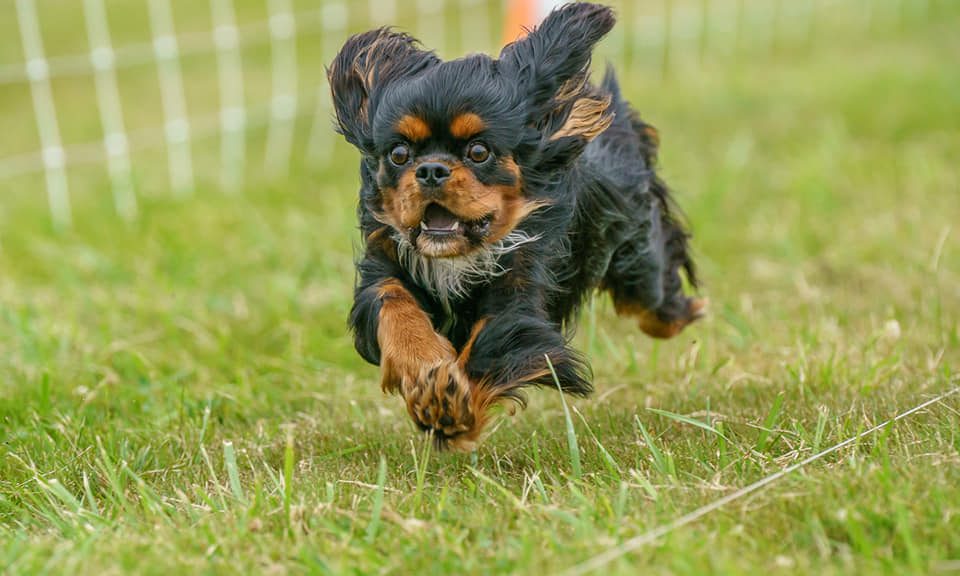 Truman (aka.  CH Kazuri’s Struck By The Truth With LockeStar CGC BCAT)

Truman is the son of Arrow and Blake (CH Orchard Hill True Enough) owned by Mia Lawson from Zelosia Cavaliers. I tried hard not to fall in love with him, but he had the most stunning head as a newborn and then when he started to move it was obvious that he was well put together also.

Truman’s first weekend out, he showed in 5 shows and he won 5 out of 6 of his puppy classes. Not bad for a 6 month old. At 8 months old he took his first plane ride to Cape Cod where he went to the Cavalier National and was awarded 3rd in a competitive class of 15 along with a lovely written critique from the judge. He also garnered his Good Canine Citizen Award and Puppy Achievement Award that trip.

Since then, he has garnered all his CH points and now is an AKC Champion.

In his first CKCS show, this was Truman’s critique from esteemed breeder judge Kevin Cline. “His is a very pretty headed boy with nice rich tan points. As with the first exhibit he moved well. The topline and tail carriage of this exhibit was excellent. He has promise, but lost out in maturity to the class winner. ” I was proud of this as it shows that as he ages and matures, his promise should come to fruition.

One other fun thing is that he was in a Starbucks Ad – you can see it here:

Since we believe dogs are more than just their looks, Truman has also been enjoying Fast Cat trials – he gets so excited rearing up to chase the “rabbit”.

While we bred Truman here at Kazuri, we co-own him with Alisha from Lockestar cavaliers and Kim Legrerretta and Sue Gray from KoLaci Cavaliers in California. He now lives with Kim down in Arizona and is thriving with her. Their first weekend in the ring they won Best Of Winners under esteemed judge Pat Trotter.

Truman is available to approved bitches at stud that are compatible in pedigree and health testing. Please contact Kim at KoLaci cavaliers for more details if you would like to use him.