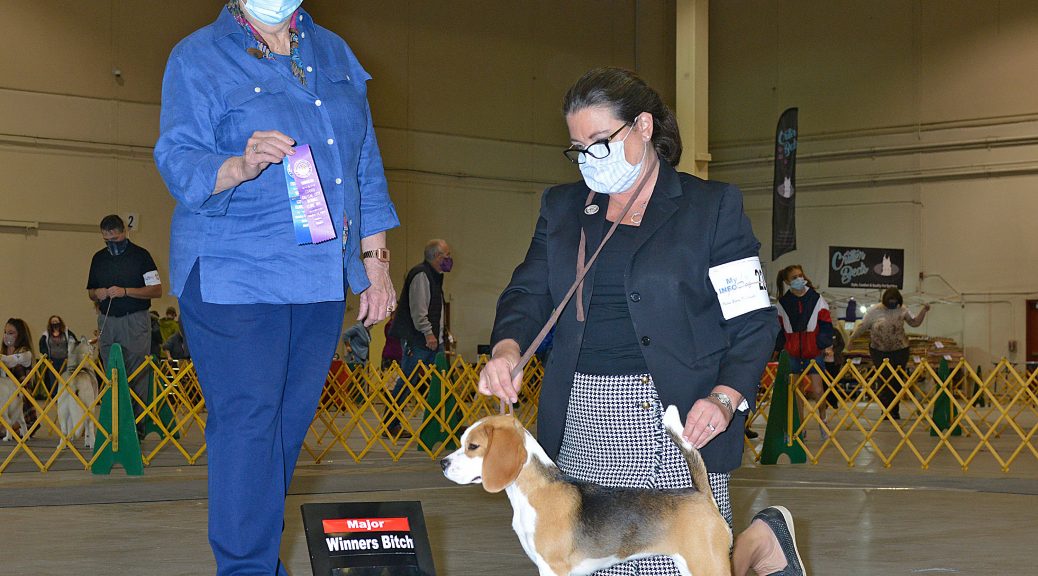 Echo (Kazuri’s Feeling The Siren’s Call) has had a wonderful weekend in Boise, at the Idaho Capital City Kennel Club.

She went reserve to the major on the Friday under judge Mr Dean A Laney.

On the Saturday she went Best of Winners and Best of Opposite over a Special and won her first major – a 4point major under Mr Gary L Anderson!

She made us proud the next day by garnering her second major under judge Mrs Anne Katona when she went Winners Bitch again on the Sunday.

She currently has 10/15 of her CH points with limited showing. I couldn’t be prouder.