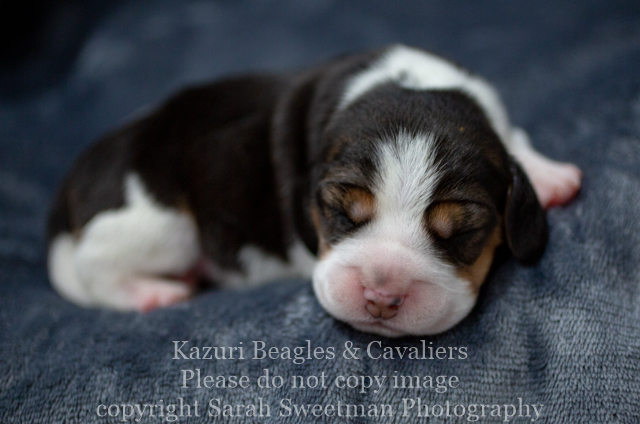 As promised, I took some nicer pictures of Allie’s babies. They are thriving. I don’t think I have ever had a set of puppies put on quite the weight that these guys have. Not that I am complaining at all – I am just amazed at their growth.

Allie has taken to motherhood like she was born to do it. I guess she was. She adores her babies and dotes on them as any new mother should. She watches as I do ENS on them, but never growls or fusses – just makes sure I put them back 🙂

Without further ado, I will introduce them to you. Since they were born on “National Beagle Day” it felt only fitting to name them after the most well known beagles.