We are so thrilled that Watson is the first CHAMPION for 2022 for Kazuri.

CH Kazuri’s Time For A Mystery.

He finished with WD under judge Mrs. Pamela Waldron Friday.

I am so proud of this young dog. 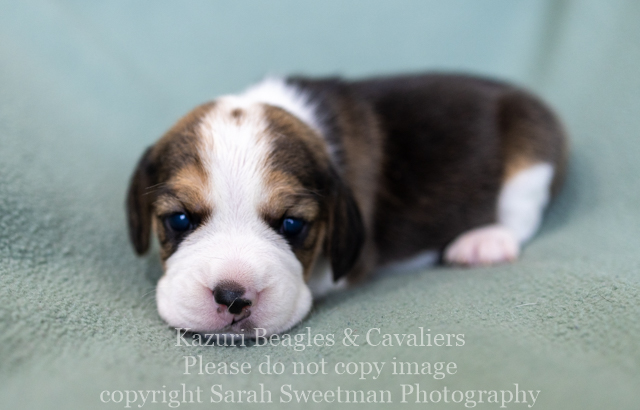 Emmy and Brie’s pups have their eyes open. It’s so cute when this happen as they start to move around and growl and play. I can’t wait to to start solids this week and for them to start to show their personalities. 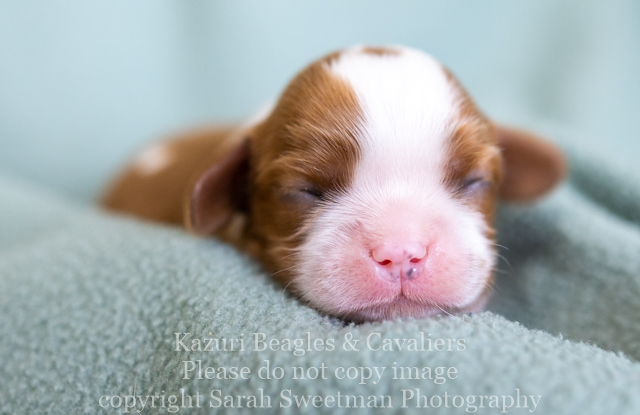 Penny is full recovered from her surgery and fully in love with her puppies. They are getting full bellies and growing bigger every day.

Penny and Watson’s family named them – so without further ado – here are:

I have a current waitlist. These pups wont be available – thank you for understanding. 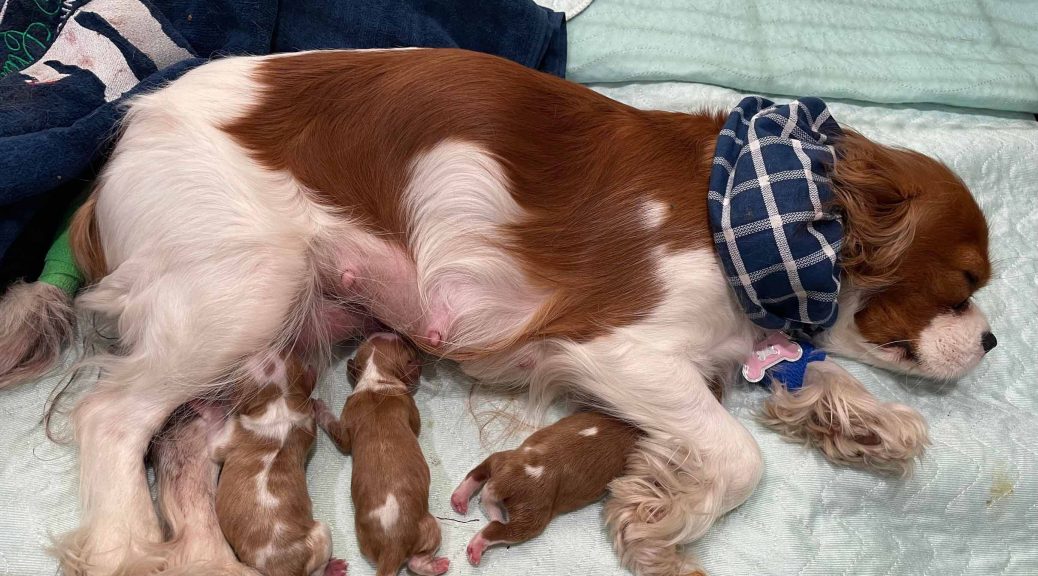 Sometimes you plan litters so carefully and they don’t work out, and other times Mother Nature has it’s own plans and you get an accidental miracle. I am not here to point fingers at anyone as there is no point in that. But, this wasn’t quite a litter I planned, but nevertheless it came – Penny was younger than the ideal age for breeding.

Under the guidance of Dr Thoreson from Klahaya, he felt Penny would be healthy enough to carry the litter despite her age. And thankfully, she had a healthy, complication free pregnancy.

Unfortunately during her labor, greenish goop came out which is not a great sign. I called Dr Thoreson and he agreed to do a c-section. One of her pups had died a day or so before, and so was un-saveable. But we got 3 healthy pups out alive – 2 boys and a girl.

Penny is starting to recover well and though she thinks the babies are aliens, I am sure she will fall in love soon. Funny story, we put one of the beagle pups on her boobs to make her nipples easier to latch onto. Oh the things we do as breeders.

At this stage none of these pups are available. Thanks for understanding. 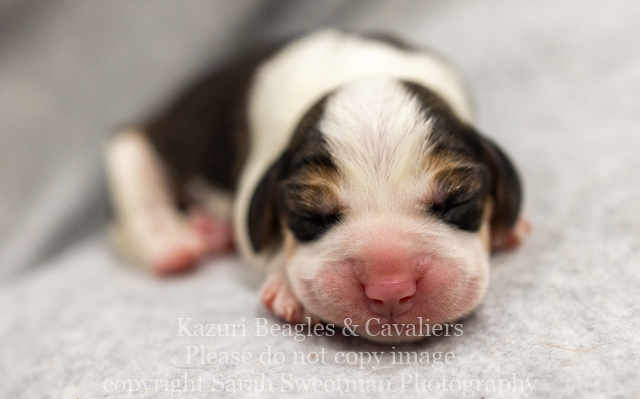 Brie x Nicks babies – Since they were born on “May 4th”, I went with names of Star Wars characters. 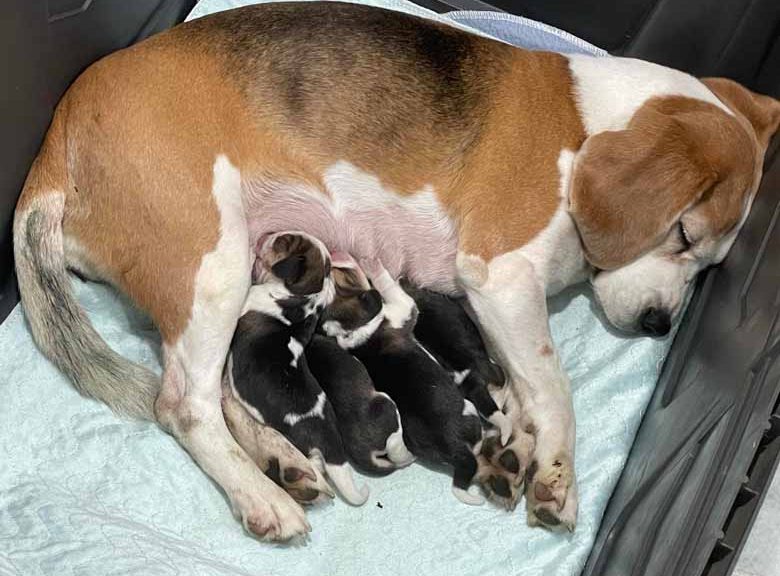 Brie (Hailstorm’s Allouette) usually lives with Mike and Karen in Tennessee, but with Karen having surgery they asked if she could whelp here in WA. She is a maiden at 6 years old and was bred by them, but of course I am happy to help out. She is closely related to my dogs and Emmy’s BFF so they will be “sister moms” together whelping so closely.

This is the pedigree of the litter for those interested:

She went into labor late Monday night and then labored Tuesday. It wasn’t till Tuesday evening that we really started to see things start to transition. She started to squat to pee a lot so we knew the sensation of pressure was starting to get more intense in the evening and so we kept her isolated and away from the other dogs

Just over an hour later, she started to push again.

I was delighted to see our blue streak had been broken with a girl – 9.49oz

We then had a big gap. Brie was relaxed. I took her to go bathroom, and she pottied and she settled in with her 2 babies. Occasionally she would get up and move around but it felt more like she was moving a baby down than pushing. I kept checking on the dopplar and heartbeats were a steady 220ish so that was good. It took everything inside me not to be panicking that something was wrong. Around 4am she starting pushing again. Brie pushed out a giant girl – 10.97oz – this one was a dry birth making it extra hard and so i had to help her a lot. The poor baby had a purple face for quite a while. But she was okay.

Our last baby was another girl, born just before 5am. She was 8.78oz. Her birth was textbook and easy and I was grateful.

Brie has settled into motherhood beautifully. She fiercely loves her babies and cleans them and cuddles them. I am grateful. 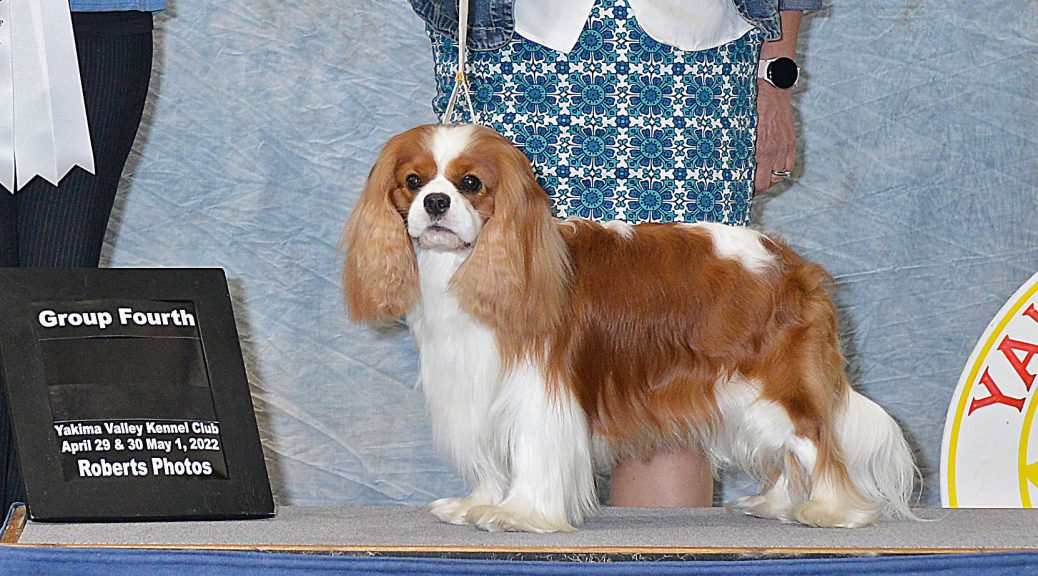 It was another fabulous weekend in Yakima for Mr Watson (Kazuri’s Time To Solve A Mystery).

Thank you to these judges for finding our Watson this weekend!

This *might* have finished his CH title – I am not quite sure. He either has finished or just has 1 point to go. If he has finished, that means he did it in 2 weekends of being in the ring, and only defeated once in the classes – every other time he went BOW or BOB.

I will try to figure out where our points total is at – I think we are at 14. In the meantime, either way, we are celebrating this sweet, happy boy.

Thank you to Tammie Wilcox and Octavia Stensen for showing Wattie this weekend again! 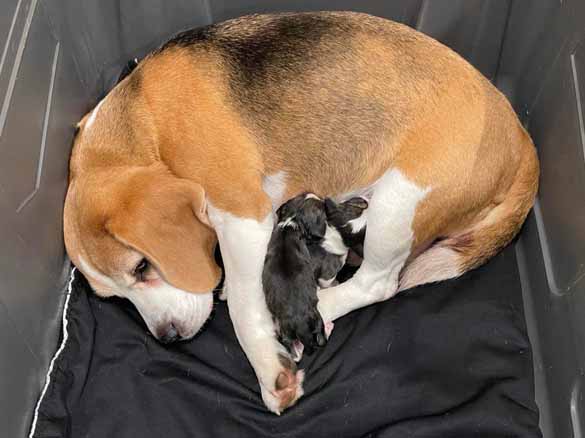 Emmy usually lives with Mike and Karen in Tennessee, but with Karen having surgery they asked if she could whelp here in WA. Since she was born here herself, it seemed only fitting that she had her final litter with me.

She had a short first stage – this wasn’t her first litter so that didn’t surprise me. About 11am she showed signs of wanting to push and so we knew she was getting close.

The first pup was born shortly after 12. She didn’t struggle to push him out and he wasn’t big at 7.12oz but he never took a breath. We worked on him for an hour, kept him warm, tried every trick we knew but he just never woke up. We were gutted.

Emmy quickly settled into her mothering role and loving on her two surviving babies. She is a wonderful mother and we are grateful that they are healthy and strong. 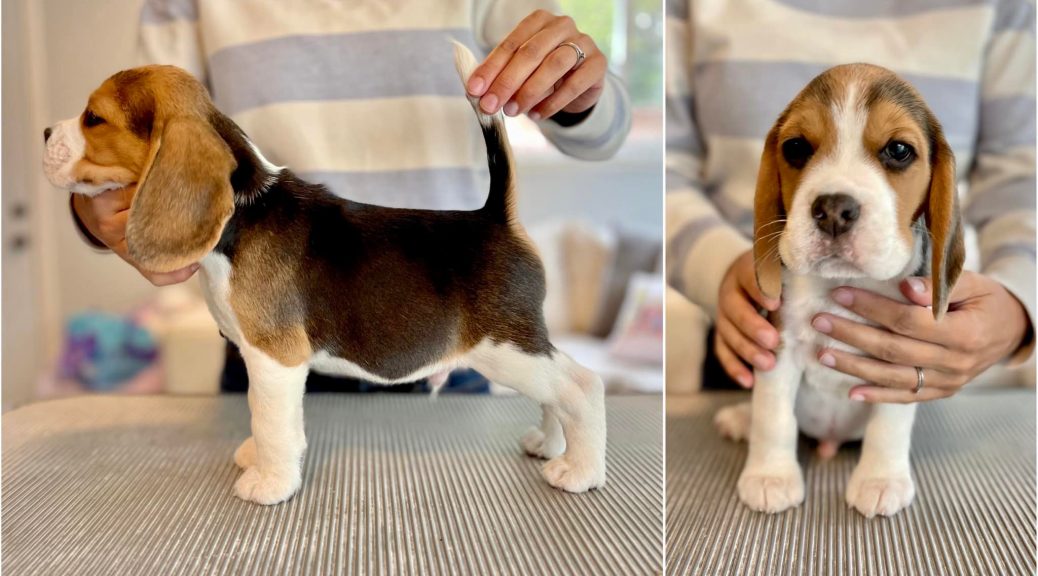 I guess it’s time to make it “Official”

“Kazuri N Van-Mar Raising The Reef” aka Crush will be staying here at Kazuri (this was formerly Magnus for anyone following the litter on Chelsea’s page).

We will be keeping a close eye on him as he grows. Finding Nemo was one of my favorite movies when it came out, so it was a natural choice for him to go with our ‘beachy’ theme.

We love so much about this puppy – most of all his confidence. Thank you Chelsea for raising such a confident happy little guy. I am so proud of Pud x Nick.

Our eternal thanks to Leigh and Helen for sending sweet Pud to us in the USA. She has added so much to Kazuri – I know Chels feels the same way. Thank you also to Mike and Karen for facilitating the breeding with Nick during the snow storm – we appreciated it so much.

Pictured below at 9 weeks 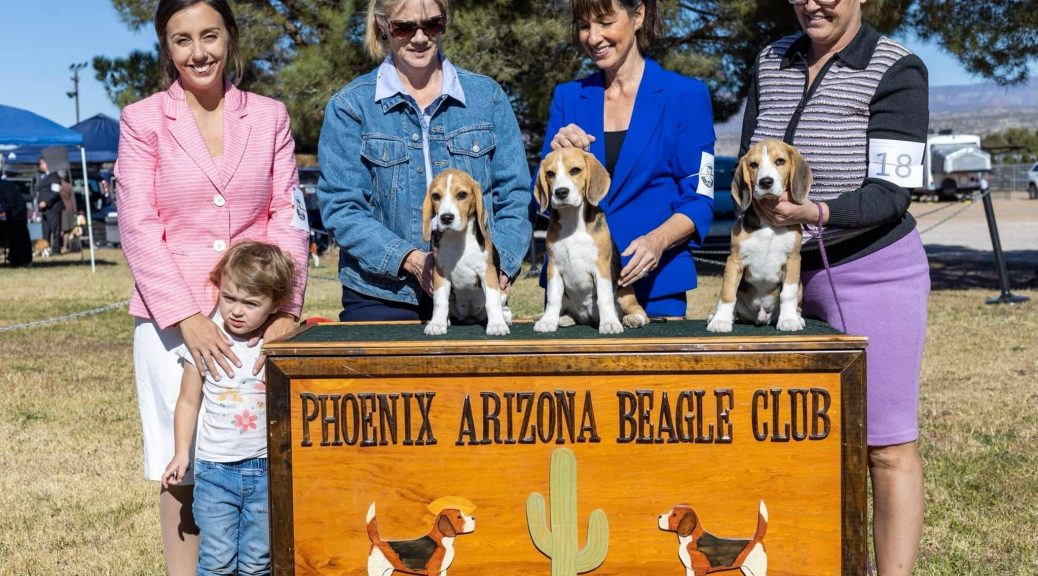 I have to take a moment to express how proud Chelsea and I are of our Spencer x Puddin babies!

They are now just turned 9 months old and so far 6 of the 8 are pointed or major pointed!

Tex (owned by Sarah Sweetman and I) 2 singles

All shown very sparingly and loved and owned by a fantastic group of people! We are so blessed

Looking forward to what the future may hold.